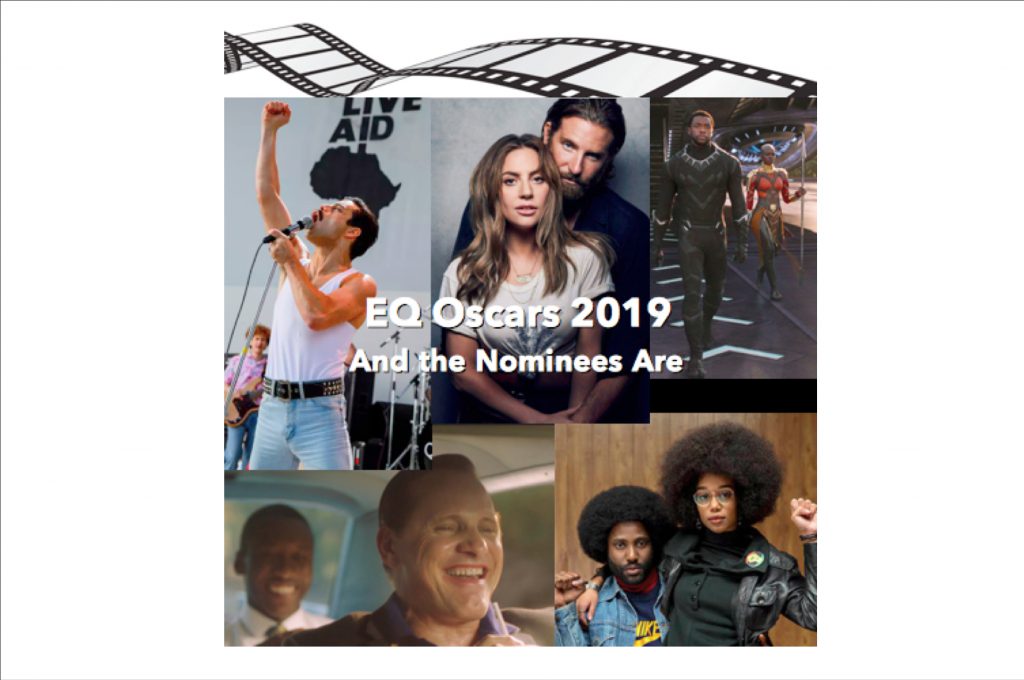 This years Awards for Motion Pictures deserving recognition in the fine art of portraying Emotional Competencies go to:

Film, like most art forms is rooted in creating emotional response.  Psychology Professor Lisa Feldman Barrett writes in her 2017 book, “How Emotions are Made:” “Hollywood is a $500 billion industry because people are willing to see movies so that, for a few hours, they can travel within the affective map” of human emotions. Movies are affective adventures, and film makers are guides who use narrative to achieve emotional journeys through pleasant and unpleasant affect.

So those of us who study and teach Emotional Intelligence find powerful, popular portrayals of EQ at work in the modern tales capturing public attention.  Minor spoiler alerts ahead. As stories go, this is a two-fer. Both a road-trip story, and a buddy story it pairs two unlikely companions who manage to form an uneasy friendship. The main characters in the film give us a master class in the Emotional Competency of Understanding Others. This story shows that in order to truly achieve understanding often requires us to work through several layers of relationship dynamics including, but not limited to class, culture, sexual orientation, and yes, race. Understanding Others also requires taking in the perspectives of multiple constituents–we all have our own layers– in order to achieve a full view, and find a path to appreciate our human diversity.

This is the story of a black police officer who goes undercover, deep undercover, to infiltrate the Ku Klux Klan. Group Savvy requires us to work at seeking out deep understanding of the dynamics, motivations and idiosyncrasies of any collection of people. We’re usually doing this in order to fit in, and achieve things like greater collaboration. In certain cases Group Savvy can also be put to work in undermining a group that is bereft of socially redeeming value. This biopic tells the story of Freddie Mercury, frontman for the rock band Queen which rose to musical fame in the 1970’s. The is a powerful portrait of people breaking the bounds of convention to achieve maximum Creative expression: musical, fashion, lifestyle and more. This story also reflects the costs of breaking from convention, as Creativity can have tolls. Yet, here Creativity is also rewarded. For those who lived through the 70’s and 80’s the music that Freddie Mercury and Queen contributed to the soundtrack of the era was memorable, to many of us epically so. Check for a pulse on any human who claims they remained unmoved when first hearing songs like: “We Will Rock You,” “We are the Champions,” or “Bohemian Rhapsody.” You may not have connected to the genre, or bought the albums but it’s nearly impossible to remain indifferent. That’s a sure sign of Creativity.

Superhero movies stretch the imagination, and for some of us really challenge our ‘suspension of disbelief.’ But the thing about fantasy is that it reflects our depth of inner dreams and desires. Those super powers are fantastical, and yes often absurd. But they grow out of a universal desire to overcome limitations, which is an eminently human quality. Black Panther is about a secret society, lead by the title character, who use the magical metal vibranium to create technological marvels. The vibranium powered tech is used to help the oppressed overcome their oppressors which is a supreme act of Social Responsibility. In the words of activist Eugene Debbs (the Bernie Sanders of his day) :  “While there is a soul in prison, I will not be free.” Oppression of even one human limits every human, and that is the nucleus of Social Responsibility. In case you missed it, vibranium is a metaphor for EQ, the super power we can all build. The emotional oppressors bias and ignorance are villains who don’t stand a chance against EQDashboard, our vibranium. Likewise, leveling up your EQ, and paying it forward to your cohort, class, or coachee is the work of superheroes.

A Star is Born

The fourth retelling found a few new wrinkles worthy of popular recognition by the Academy. As an EQ vehicle, this is an Optimism winner all the way. A celebrity on the downhill side of his career discovers new joy in paying it forward to his protege, and love interest. That thread is common to the 1937, 1954, and 1976 versions of the film. Gift giving, such as mentorship, is itself an exercise in the power of Optimism. The character arc here though includes a troubled soul who loses hope again. Optimism lost, he proceeds to lose himself. Remember, at times the EQ lesson being played out in art is context for what we must avoid. Pessimism and despair are the antithetical illustrations of why Optimism prevails. Hope is the fuel that takes us to tomorrow.

Let us know your big EQ winners this year.

Lisa Feldman Barrett’s TED Talk,  You aren’t at the mercy of your emotions–your brain creates them.

Barrett, Lisa Feldman. How Emotions are Made: The Secret Life of the Brain. Houghton Mifflin Harcourt, 2017,