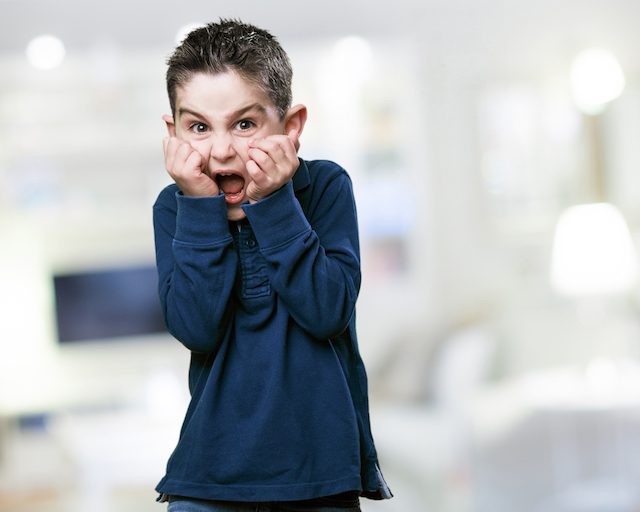 The look of ‘FOMO.’ Yes, the struggle is real.

I had four tweens in my car for a day trip to the cabin. They texted each other and friends the whole two-hour drive. No one talked. Even at the cabin, they would sit in the living room, next to each other, and text rather than have a face-to-face discussion. My 14-year-old granddaughter is addicted to her three devices. She has an iPhone, an iPad and an iPod. If we let her, she would be on them full time. She and other tweens and teens live in a connected remote world. They suffer from FOMO. FOMO is Fear of Missing Out. She has seven close girlfriends. They know where everyone is at almost all times and they know what everyone ordered at the restaurant and what they are reading. It’s almost like their brains are connected permanently through Bluetooth!

And then there are the “addicted” gamers. Others report that their children or grandchildren play games alone for hours on end or in networks with others around the world.

We all are beginning to understand and appreciate the importance of EQ to life and work success. Knowing self, reading others, understanding social rituals and processes and deploying the best self against others to get great things done. Success hovers around the balance of IQ, EQ and TQ. IQ is about critical thinking, decision-making, analytical reasoning and problem solving. TQ is about technical and functional job knowledge and skills. EQ is getting things done with and through other people.

How do you learn about these things? All of these three areas have a knowledge component. That knowledge is taught by parents and teachers and by self-study and life and work observation. So the academic knowledge is generally learned individually as one grows up, goes to school and practices at work. Live and eLearning courseware can also add value. There are books on nearly everything.

So IQ skills and TQ skills mostly can be learned on your own aided by help from others like teachers, mentors and work colleagues.

What about EQ? Where do you learn EQ? There is knowledge learning. Upbringing. School. Observation. Films. TV. But one would think the most useful would be to interact with a diverse set of “others” over time. Before the arrival of devices, everything was transactional. You needed to talk to others to get anything done. In order to exchange information, you needed to interact with someone.

In the last decade, virtual remote teams have formed. You could be managing a team you have never met face to face! Members of your team could each be in other countries. Communication is a combination of text, email, phone and video conferencing.

So for the most part, finishing your development on EQ requires that you interact with a diverse group of people over a reasonable time period to observe, make predictions, build a model of human behavior in your mind and then see how it turns out. If you are mostly right, then you have gained EQ. If you are mostly wrong, you need to change your assumptions about how people behave and why and try again.

Another consistent research finding is that about half of the content and meaning of communication is non-verbal. Facial expressions, voice tone and timber, gestures, stance, color (flushing), voice modulation, eye contact, etc.

The device generation has less than the 50% non-verbal to observe and take into account. How are they going to learn about that potion of intent and content?

It’s probably similar to being blind. I have several blind from birth colleagues. I marvel about how they could have possibly competed their graduate education without sight. I had enough trouble with sight!

I have asked my blind colleagues about building EQ. What they collectively said is that they listen for signs of intention and feelings from voice changes. They also judge talked distance – how close did they person stand. So they learn whatever they learn about EQ through interacting with people through listening. Brain research says that the brain adjusts the senses when one or more are damaged or missing by overdeveloping the remaining senses. So it’s possible blind people interested in developing better EQ do so through enhanced listening skills.

So what about the EQ development of the Device Generation? Anecdotally they have contact, albeit remotely, with a broader diversity of people. It would not be uncommon for many of them to be communicating with people around the world.

They also have more micro details about their network of device friends. They follow them daily and nightly. When they are sitting together on a coach or when they are vacation. What they eat. What they read. What they are shopping for. It’s more like they would know about what their brothers and sisters are doing. So they may have more experience with how people live their micro-lives.

The Device Generation, unrelated to their devices, is probably a bit more tolerant of difference than the previous generations. They are growing up in a different cultural setting. More accepting. More global.

The Device Generation will probably do better on remote and virtual teams than the Pre-device generation, who are used to only face to face working colleagues and teams.

The Device Generation may be a bit deficit at reading emotion and intent. While emotion, feelings and intent can be communicated through words, it’s not as powerful as face-to-face.

When the Device Generation has to interact meaningfully and deeply with probably bosses and older colleagues from the Pre-device Generation, they may be at a slight disadvantage. They will probably miss some of the feeling, emotion and political content.

The Device Generation will probably be more broadly exposed, again at least remotely, than the rest. They especially might be skilled at finding critical information rapidly on their devices.

So will the Device Generation be at a high EQ level? We will have to wait and see. It could be high but different. Or they could be deficit in detecting and interpreting emotional information usually carried by non-verbals.